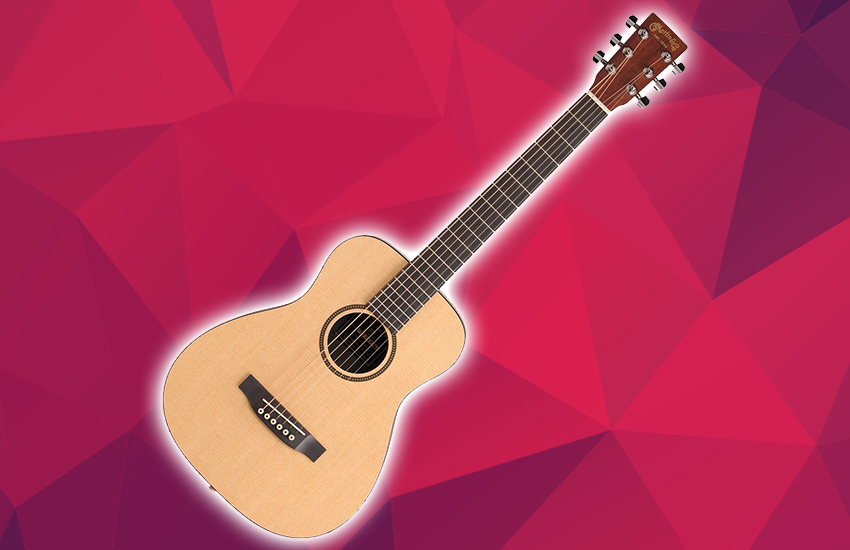 We all know that Martin can be considered as the best acoustic guitar brand out there. They made a name for themselves by being on the market for decades and bringing us fresh guitars almost every year. The Martin LXM Little Martin is one of them. 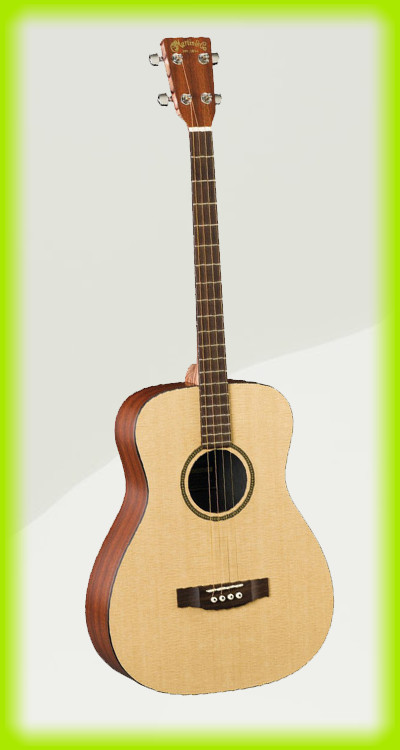 When it comes to traveling, it’s hard to beat the Martin LXM because the guitar is easy to carry around and is smaller than the average full-sized guitars.

When the guitar first was released, it attracted a lot of controversy because the material they used for the guitar was not the usual materials that Martin liked to use. Martin usually uses laminate wood for their guitars, but they decided to go with Spruce & Mahogany patterned high-pressure laminate for this particular model.

When die-hard Martin fans heard that, they were disappointed and they said that they didn’t expect that from Martin. However, after some time people started to try it and saw that Martin did a VERY good job, even though the materials aren’t the usual Martin ones.

When it comes to the hardware of the guitar, it sports a rosewood bridge and a white Tusq saddle & nut. The guitar also has very high-quality tuners, which makes playing the guitar a lot easier for people that like to play aggressively. Another thing that is worth mentioning about the LXM Little Martin is the strings. At this price point, I wasn’t expecting to get a set of strings which will last for more than 2-3 months, but they did. The strings were very high quality, and they will last for a long time before they need replacement.

I want to say that this guitar has a unique tone that will satisfy even the most demanding players. I was honestly surprised to hear this sound quality coming from a guitar that is made of Spruce & Mahogany.

With this guitar, you can play almost any type of music genres without having to worry 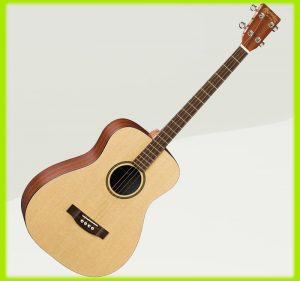 about anything. I personally love playing classic rock music, and when I tested the Martin LXM Little Martin with a classic rock song, it performed exceptionally.

If you remember, at the start of this review, I mentioned that the LXM is a travel guitar, meaning it’s smaller and more compact than the full-sized dreadnoughts. Travel guitars usually have the downside of being too quiet, but this wasn’t the case with this guitar, and that really made me consider this guitar as my primary travel guitar.

To conclude, I would like to say that this guitar is definitely worth the price. Even though it isn’t made of laminated woods, it still is able to produce an amazing tone. It managed to meet my expectations, and I might consider making it my primary travel guitar. If you aren’t someone that travels a lot, you should look for some other models, such as other Martin guitars. They usually cost more, but they have higher-quality materials and are full-sized, so that means more sound, more durability and better quality overall. 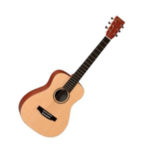