Brendon Small’s Galaktikon May Just Save the Galaxy 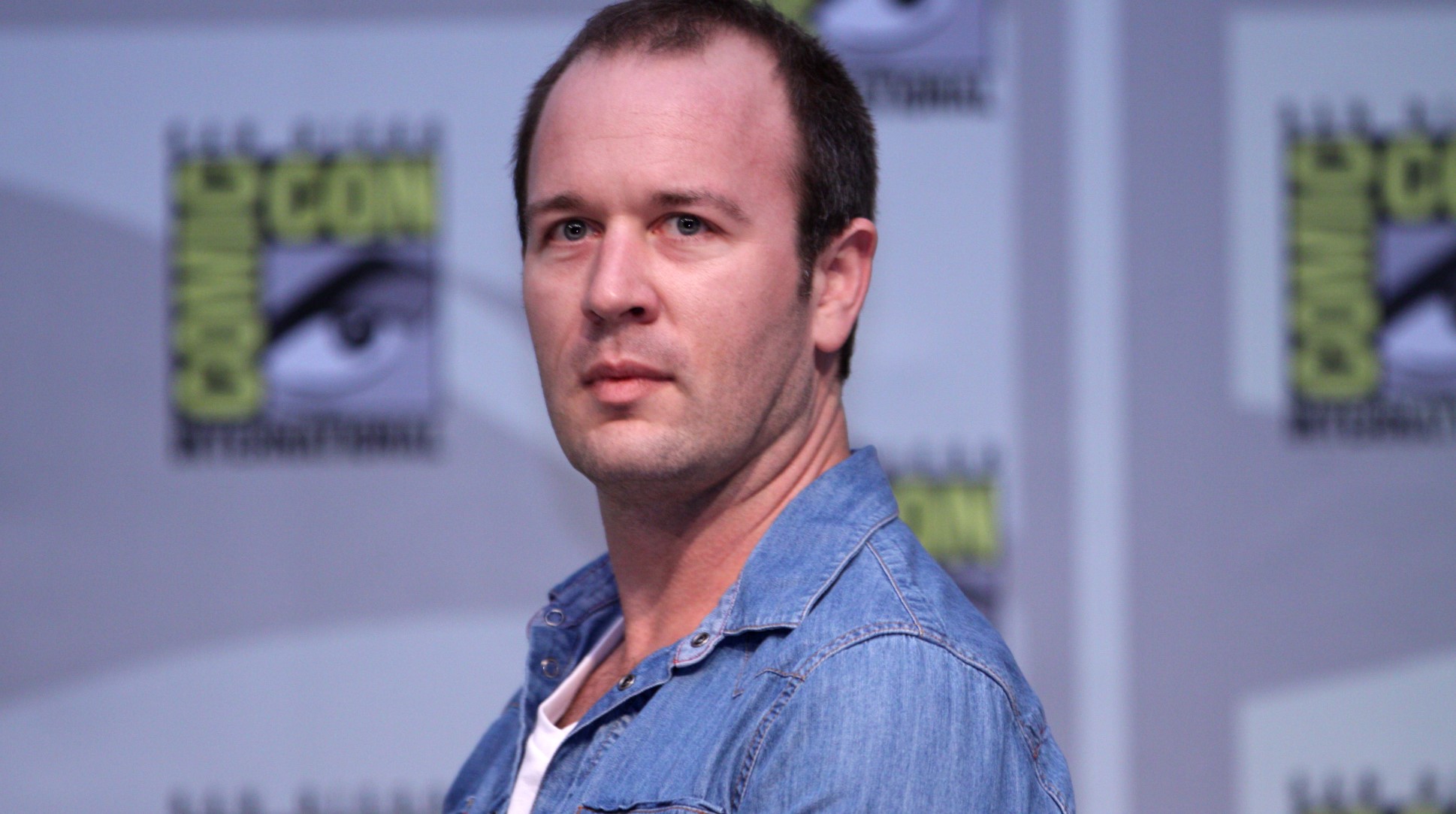 This week, we decided to interview Brendon Small, which is a comedian, animator, actor, voice actor, writer, director, producer, singer and more. Even though Guitarsquid is mostly focused on acoustic guitar reviews, we interviewed someone who is a fan of electric guitars.

Bio: Brendon Small began playing guitar as a teen, which led him to attend the Berklee College of Music, from which he graduated in 1997. During his time at Berklee, Small developed an interest in writing and comedy, which he pursued after graduation. After a few years on the comedy circuit, Small had a large hand in the creation of the animated series Home Movies. His experience writing both dialogue and music for the show helped him with the creation of his largest project to date, the Adult Swim animated series Metalocalypse, which focuses on the life and music of virtual death metal band Dethklok. The songs that Small wrote and recorded for episodes of Metalocalypse appeared on the Dethklok albums The Dethalbum and Dethalbum II, which charted at #21 and #15 on Billboard album charts, respectively. Small has taken the Dethklok music on tour, most recently during a co-headlining tour with Mastodon back in 2009.

You Should Know: Brendon Small’s debut solo effort, Galaktikon—due out on April 24th—was created out of the kindness of Small’s heart and a search for more melody in his music. While attempting to start work on the second Dethklok album, issues beyond Small’s control arose, essentially throwing the project into a holding pattern. Since the Dethklok team—Bryan Beller [bass], Gene Hoglan [drums], and Ulrich Wild [producer and engineer]—was already assembled and ready to go, Small put his own money on the table and work began on Galaktikon. Set as a “high stakes intergalactic extreme rock album,” the album saw its beginnings in music that Small had written during the formative stages of Metalocalypse, but didn’t cut the Dethklok heaviness test. Stars eventually aligned, and that old material eventually came together to create what he calls “an audio comic book, an over acted chamber drama, a ridiculous premise that takes itself way too seriously all the way to the end.” Taking influence from modern black metal, Queen, Foo Fighters, Soundgarden, Smashing Pumpkins, and Weezer, fans of Dethklok will instantly recognize the similarities between the two projects, but should be pleasantly surprised at what Small can do with melodic vocal lines.

A Conversation With Brendon Small

How did Galaktikon come about?

I had some music ready for Dethklok and I had the studio time booked but the contracts didn’t go through at that point. I already had the musicians—Bryan Beller [bass], Gene Hoglan [drums], and Ulrich Wild [producer and engineer]— set aside time for this and I felt terrible because I told them I was going to give them work. So we went into the studio and recorded some music that I scrambled to get together.

Bryan Beller is also touring with the Aristocrats, the band that features Guthrie Govan. If you went head to head with Guthrie, who would win?

No question, Guthrie would win. Have you heard Guthrie play?

Of course, but you’re no slouch either.

But Guthrie’s amazing, the way he thinks and the way things just come out on the spot. I wish I could take lessons with him.

Your path to success with Dethklok is unprecedented. Do you think the 40-year-old guy living in grandma’s basement who has tried for decades to “make it” by pounding the pavement and playing every crappy club gig, would resent the fact that your success stemmed from a TV show?

It’s not like anything was handed to me. I had to go and get the TV show. If there’s one piece of advice I can give it’s to try not to be resentful. I’ve chosen the people I work with because they’re cool to be around. If you’re going to be stuck on a bus with someone for a few months you want to make sure you can get along with them. It seems like the guys who have made it—Satriani, Vai, etc. are really cool people. For example, I’m friends with Satriani; he sent me his Vox Satchurator distortion pedal. I can call him up and get advice on gear.

Even though you’re rich and famous, you made your mark as a “behind the scenes” guy. On the surface you look like a normal guy—you don’t have any tattoos or piercings. Do you ever have to use the Dethklok angle to get the star “hook up?”

I didn’t get in this business to become a celebrity and people wouldn’t really give a shit. I do music for a cartoon band. It’s not like they’ll let me cut lines or get a seat just because of who I am.

How about using the Dethklok angle for chicks?

I think if you can’t get chicks using your personality, then you’ve got a problem.

So you wouldn’t just work it like John Mayer?

John Mayer is a celebrity. He’s also a good-looking guy.

The Squid noticed that the forum on Dethklok.org is shutting down soon “mostly due to operating costs.” How can a forum for the band with the best-selling death metal album of all time not be able to afford to stay afloat, while frivolous forums with strippers talking about putting lotion on their tits so the customers that suck on them get the runs, are thriving?

We’re not really involved with the message boards so I can’t speak about that personally but one thing is that there’s usually a big lull between seasons and it costs money to keep a message board going. But I don’t read these message boards. I don’t really care to argue with a fan about something that happened in season 2. I mainly read guitar forums to check out new gear and stuff.

Tell us about your Gibson “Thunderhorse” Explorer. The guitar has a stealth silverburst finish but other than the truss rod cover, which says “Thunderhorse,” it’s very understated and you’d never know it’s a Dethklok guitar. Meanwhile, other companies sell $10,000 guitars aimed at lawyers with birds, moons, and dragons on them. How could a lawyer’s guitar be flashier than yours?

I didn’t want cartoon characters all over the guitar—no one would want to buy it. I wanted a modern metal guitar with a look that’s timeless. I knew I wanted an Explorer and there wasn’t a Silvberburst Explorer on the market, so we did that. It’s silverburst with binding all the way up the neck, and with a black pickguard. We sold out the whole run.

For a hardcore shredder, you have the coolest job in the world. Is it the kind of thing where after Metalocalypse finally comes to an end, you’d develop a drug problem like the tragic child stars, because there’s nothing left to accomplish?

Metalocalypse will have an ending at some point but I’m not worried. I’ll still do something cool—it might not even be guitar related. I worked on TV shows before and it’s like the ultimate temp job. But the pregnant lady always comes back.