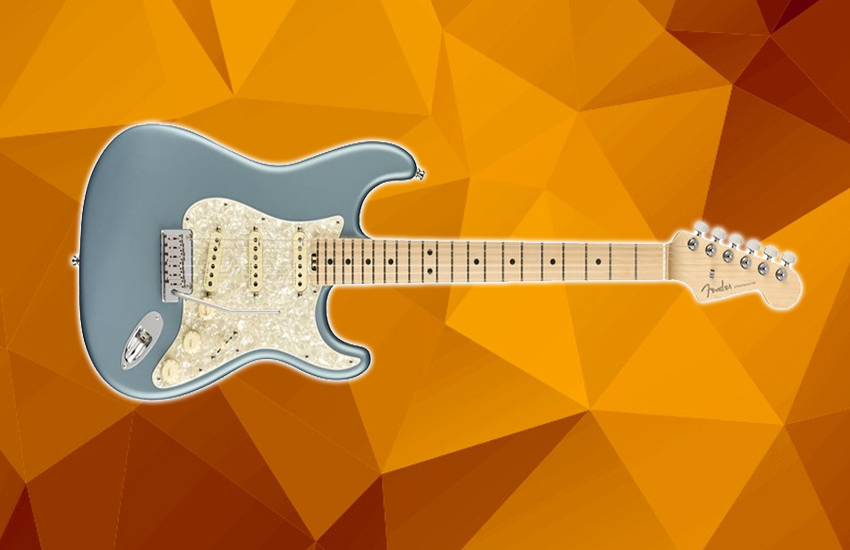 The Stratocaster is arguably the most iconic guitar in the history of rock and roll. It has and is still used by many musicians like Jeff Beck, David Gilmour, Ritchie Blackmore, Eric Johnson, Stevie Ray Vaughan, Tom Morello and so many more. It is one of the best models out there because it is very versatile and can be used for a wide range of genres out there. Today we are going to take a look at the Fender American Elite Stratocaster. This is a custom shop model that is a Made in America model as its name implies, and for those in the know, it is the only thing that you have to know. As iconic as it gets. 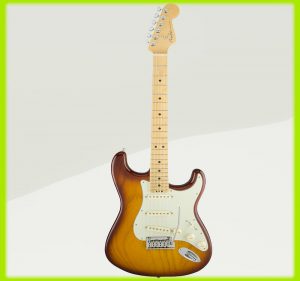 ike I said this is a Made in America model, and like its name implies it is an Elite model, not your standard Strat by any means. This one was released in 2016 and it replaced the American Deluxe range with exceptional features and breath of fresh air that was very needed for this range of guitars. It comes at a hefty high-end price though, so you have to be prepared to part from a small fortune. This also makes it a model that is viable only for experienced players that can invest that amount of money in a guitar. This doesn’t mean that it is not good for beginners, but you won’t utilize its full capabilities as a novice guitarist. I wanted to see just how much of an improvement it is from the Fender American Deluxe Stratocaster which was already a wonderful guitar.

The Fender American Elite Stratocaster is the flagship-grade Stratocaster, meaning that besides some special edition custom shop models this is as good as it gets in Strats. As such a model it has some pretty exceptional high-end features that are important for the prowess and tonality of this guitar. I am quite impressed just by looking at the spec sheet and feature list of this guitar, but then again at this price range, nothing short of exceptional is expected form Fender.

Fender’s Custom Shop facility has never ceased to amaze me with the guitars that they build and the Fender American Elite Stratocaster deserves all of your attention here. The construction fo this model is made out of alder tonewood which is pretty much classic in terms of Fenders. It is a tonewood that Fender adopted in the mid-50s and since then it has been used for a long time and this wood delivers a lightweight body, tons of resonance, great tone, and hints of brightness. However, there are ash tonewood body versions as well.

The neck of the Fender American Elite Stratocaster is a beautiful modern C shaped maple model that is a bolt-on to the body. So if anything happens to the neck you can easily replace it without throwing your guitar to the trash. It has a classic scale length of 25.5-inches and on top of the neck, you will see the maple fretboard. The maple fretboard is equipped with 22 medium jumbo frets. The nut width is 1.687-inches and the compound fretboard radius should deliver exceptional playability

The Fender American Elite Stratocaster rocks the company’s two-point Deluxe Synchronized Tremolo bridge that has a pop-in bar. on top of all that you get chrome block saddles that deliver plenty of stability. Without forgetting I should state that it is a tremolo vibrato model for bends and licks. This amazing model also has a truss-rod adjustment wheel that works wonders. The headstock is also pretty good here as it is a modified version, and it rocks the brand new short-post locking tuners which are pretty reliable.

This model is dubbed as one of the sonically versatile guitars ever made as it is packed with high-quality electronics. This beast is equipped with the fourth-generation Fender Noiseless single-coil pickups that offer plenty of performance with scooped mids at the neck. In the bridge and mids, you have the same pickup as well that delivers a different tonal quality. I have not been the biggest fan of Fender stock pickups and have always swapped them, but experts state that these are pretty much perfect. It also has the wiring system that sets it apart, with the S-1 switching system that makes a return from the Deluxe version.

I think that we don’t need more words to explain the looks of the Fender American Elite Stratocaster. It is simply iconic and when I received it I was awestruck since it looked better than any Strat that I have ever seen. It has the classic double-cutaway body shape that has set the tone for every other solid-body guitar out there. You can get this one in different finishes like Sky Burst Metallic, 3-Color Sunburst, Aged Cherry Burst, Satin Jade Pearl Metallic, and the one we have reviewed here the Olympic Pearl model that looked wonderful. The pickguard looked perfect as well with the dark natural wood finish. Without forgetting I should mention the headstock now has the redesigned 50s spaghetti-style foil logo that looked perfect.

Taking this beauty in your hands is one hell of an experience as everything feels very natural. It weighs just a little and you can carry it for a long time on your neck. I also found out that the body contouring on this guitar is a bit deeper and works wonders when it rests against your rib cage. The controls of this device consist of the five-way pickup selector switch and three soft-touch rubber control knobs which control the master volume, tone 1 and tone 2. However, by pushing ht volume knob down you activate the S-1 switching.

The C-to-D neck with the satin urethane finish does wonders for this guitar’s playability as you can slide up and down without any limitation which was my favorite thing about this guitar. I plugged it in with the Fender Bassbreaker 007 tube amplifier to see what it can deliver, and boy oh, boy. This guitar is heavenly to listen. I can comfortably say that there is a brighter tone here with this Strat, not anything eye-piercing but it is pretty emotional. It is more responsive and satisfying to listen to, and it was as refined as I expected. The pickups all worked wonders and allow you to explore the tonal range of this guitar extensively. It also worked well with pedals, I combined it with the Wampler Ego Compressor and the Electro-Harmonix Soul Food FX pedal, that brought the best in the single-coils of this beast. 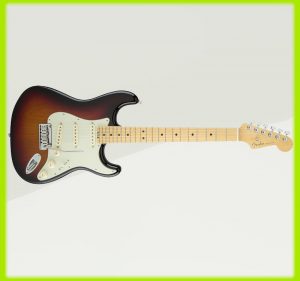 I can say that as far as Stratocasters go, this American Elite is the best one made that is in production. Amazing single-coil classic tones, plenty of tonal shaping capability, and versatility to play any genre from jazz to heavy metal. You name it this Strat can do it, without any limitation. If you are a fan of Stratocasters, are an experienced guitarist, and want a priceless model, then this is it. 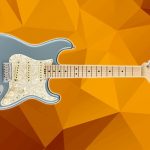