Fender Kurt Cobain Jaguar Review – Is It Worth The Price? 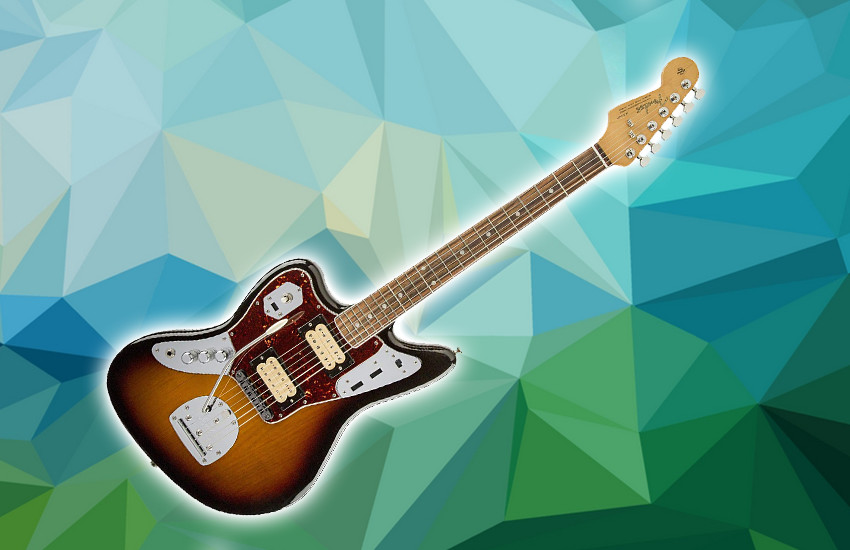 Fender Jaguar series was first introduced in the 1960s and it was a popular guitar with surf rock musicians with two independent electrical circuits. After that, it fell out of popularity and it was discontinued as a series, but with the rise of Nirvana and its lead guitarist and singer Kurt Cobain, the Jaguar made a comeback. 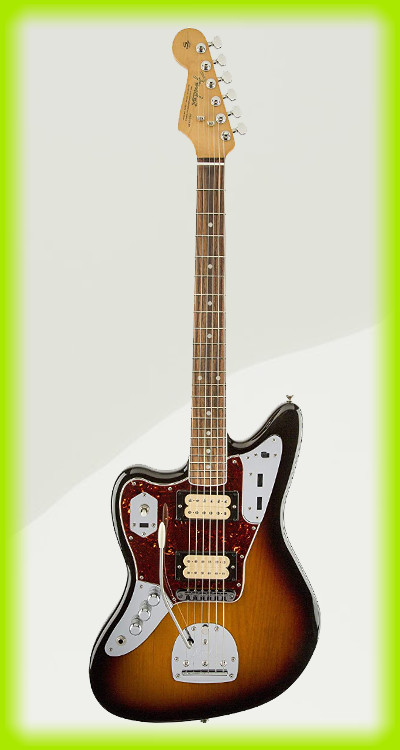 Kurt Cobain had used an interesting hybrid between Jaguar and a Mustang, and before his death, Cobain and Fender designed and worked on a great model that is still in production to this day, the Fender Kurt Cobain Jaguar. The latest model from this series is a signature model with some extras and details dedicated to the late guitarist. In addition to that, I think that it makes a great guitar for people with smaller hands, and I will explain why so let’s take a closer look.

Signature guitars come in different spice and tastes, for example, we knot the signature EVH Frankestrat that is guaranteed to grab attention, however, the Fender Kurt Cobain Jaguar is a little more subtle in design and looks.

Coming in at the standard Jaguar body shape and design with a sunburst color scheme and a 24-inch scale length body, that will be perfect for people with smaller hands. But if you take a closer look you will see the details dedicated to Kurt Cobain like the engraved neckplate with the Fender logo drawn by Cobain, or the Strat headstock with the Spaghetti logo, and the aged and vintage looking white pickup covers and the binding on the fretboard.

The guitar is made from alder with a bolt-on maple neck that has a playable C-shape, that I suggest for guitarists with smaller hands, plus it has a gloss finish. On top of it, you will find a rosewood fretboard with 22 medium jumbo frets. Overall, the quality of this guitar is perfect, due to being made and assembled in Fender’s Mexico facility, that is known for high-quality guitars.

The Fender Kurt Cobain Jaguar is equipped with a pair of DiMarzio humbucking pickups to provide rock and grunge tones constantly. On the neck, you will find a DP103 PAF 36th Anniversary humbucker and on the bridge a DP100 Super Distortion.

It has an amazing range of controls like a proper Jaguar, consisting of two-volume knobs for each pickup, a master tone knob, a three-way pickup selector switch, and the dual-circuit switch for lead and rhythm, it will take a learning curve to get used to them, but it will be worth it. The hardware consists of an Adjust-Matic bridge with a floating tremolo tailpiece and Gotoh Tuners to keep everything stable and in tune.

The Fender Kurt Cobain Jaguar is capable of producing great high-end tones, and the Super 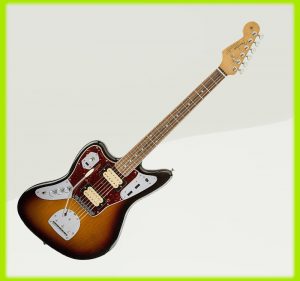 Distortion pickup was a dream, delivering mighty and aggressive tones but without becoming muddy, everything was clear and in check, even at max gain. I found myself lost in the excellence of this guitar and it was a great experience.

If you can afford this great guitar and require a little shorter scale and a slimmer neck, the Fender Kurt Cobain Jaguar is amazing. 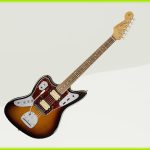