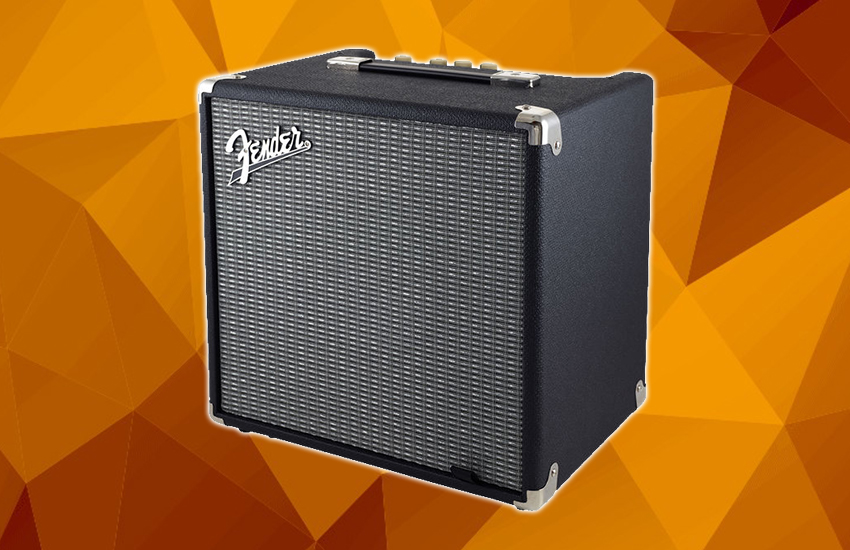 Bass amplifiers are overlooked and a lot of bassists, especially beginners buy the first thing that they can find and is cheap. However, I always recommend checking for quality and tonal qualities in an amp, even if you are buying in the budget market. This is especially true for beginners, as it is extremely important to cultivate the right qualities in your playing, and if an app doesn’t amplify the correct sounds, you won’t achieve that. One of the most prominent bass amplifier series has always been the Fender Rumble, and for beginner bassists, the Rumble 25 sounds pretty cool. Let’s check it out. 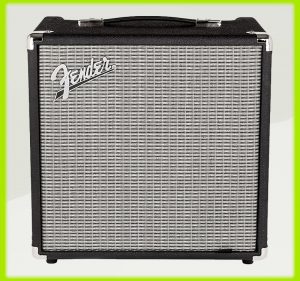 I have tried a lot of beginners focused small bass amps in the past, however, not a lot of them can deliver proper performance. I despise them to be honest, and actually, there are just a few models I can comfortably recommend. I have tested some models from the Rumble series and I can confirm that they are great amps, and I want to see whether the Fender Rumble 25 is cut from the same cloth. Fender generally doesn’t disappoint with its amps, but beginner-focused smaller amps focus on keeping the price low while providing some set of features, which can be a hit or miss. We need to take a closer look at the Fender Rumble 25, so let’s get on with it.

In most cases, I don’t really expect a lot of features from an amplifier in this price range. However, this time around with the Fender Rumble 25 we see that this one is a proper one with a great feature set. It may be focused on beginner guitarists but with these features, even a pro can have plenty of fun, at least on paper.

Fender’s Rumble series has always delivered great power to size ratio, which has always been something I admire. The Fender Rumble 25 looks to follow the pattern as it is pretty small actually as it measures about 15.25×15.25×11-inches with its blocky body. It also weighs just 21-pounds in total which is pretty good for carrying it around, but we’ll see. The power output of this solid-state combo amplifier is 25watts which is more than enough for practice sessions. On top of that for quiet practice in apartments and busy households you have the headphone output, making it a solid choice overall.

One thing that looks interesting in the Fender Rumble 25, is its amazing 8-inch Fender special design speaker. Words such as special design mostly are marketing lingo to make things sound better than they are, but in the latest version of the Rumble amps, we have seen some great improvements in the speakers which have been a problem in the past. I have seen a lot of people recommend the Fender Rumble 15 which is the smaller sibling of this one, but Rumble 25 has some better features. For a bit more investment which is not very significant, you get a better bass amplifier.

The biggest thing that makes the Fender Rumble 25 better than the Rumble 15, besides the very obvious, is its tonal shaping capabilities. The Rumble 15 has 3-band EQ with bass, treble, and mids, however, the bigger sibling has some handy extras. The most important of them being the push-button overdrive, and the push-button contour control which delivers you more tonal shaping. While I am a little skeptical about the performance of the overdrive, it is still better than not having it at this stage in your bass journey.

If you have seen any amp from the company’s Rumble series you will instantly recognize this one, and I got to say that it is a small one. It looks impressive though despite rocking those small dimensions allowing you to carry it easily with just one hand. This would make it possible to carry your bass in one hand and the amp in the other for gigging. The design is pretty impressive though, and I am a fan of it. It is nothing over the top or flashy but it looks good overall. It has the classic black textured vinyl covering on its body and the corners, you will spot the nickel-plated caps that look perfect. On the front side, you have the amazing silver grille cloth which can be removed as well, but I wouldn’t do that personally for aesthetic reasons. It also has the attractive soft-touch ivory radio knobs that are retro looking and nice.

Moving on to the top it has the molded plastic strap that makes it easier to carry and combines well with its lightweight. There you will find the control panel on the metal plate as well which connects to the back of the device. On the back, there is just the power input and the power switch and nothing else. on the control panel, you will find the input port for your guitar or pedals, headphone output, and the aux in port which should be excellent for your practice sessions. The knobs include the master volume knob and the 3-band EQ with bass, mids, and treble. Other than that it has the overdrive and contour button that is pretty useful.

I tested the Rumble 25 with a beginner-focused bass guitar to see what it can do really, the Squier by Fender Affinity Series Jazz Bass. This bass guitar is pretty good overall at emulating the classic Fender Jazz Bass tones without the Fender asking price. The tone of the Fender Rumble 25 is pretty good overall for its size. It delivered a balanced tonality, with great mids, powerful lows, and adequate highs, which is more than you could ever expect from such an amp. The tonal shaping worked rather well and the contour feature which delivered a pretty funky out of satisfying out of phase sound. The overdrive feature also adds a bit of grit and pumps up the volume a little, but it still can’t replace a proper overdrive pedal such as the BOSS Bass Overdrive ODB-3 pedal. 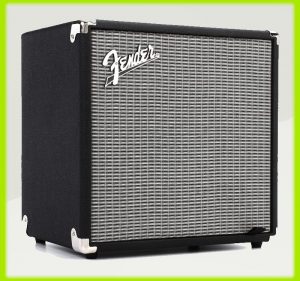 To conclude I can comfortably say that the Fender Rumble 25 is a proper practice amplifier that delivers great performance for beginners. I think that Rumble 25 has hit a great balance between price, size, power, and tonal shaping. It is just so good and I can’t recommend it enough. While it won’t be enough for gigging, besides any small gigs and gatherings, for beginners it is more than enough to deliver a satisfying tone and teach you about bass guitar properly. 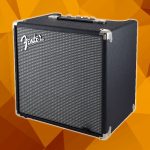