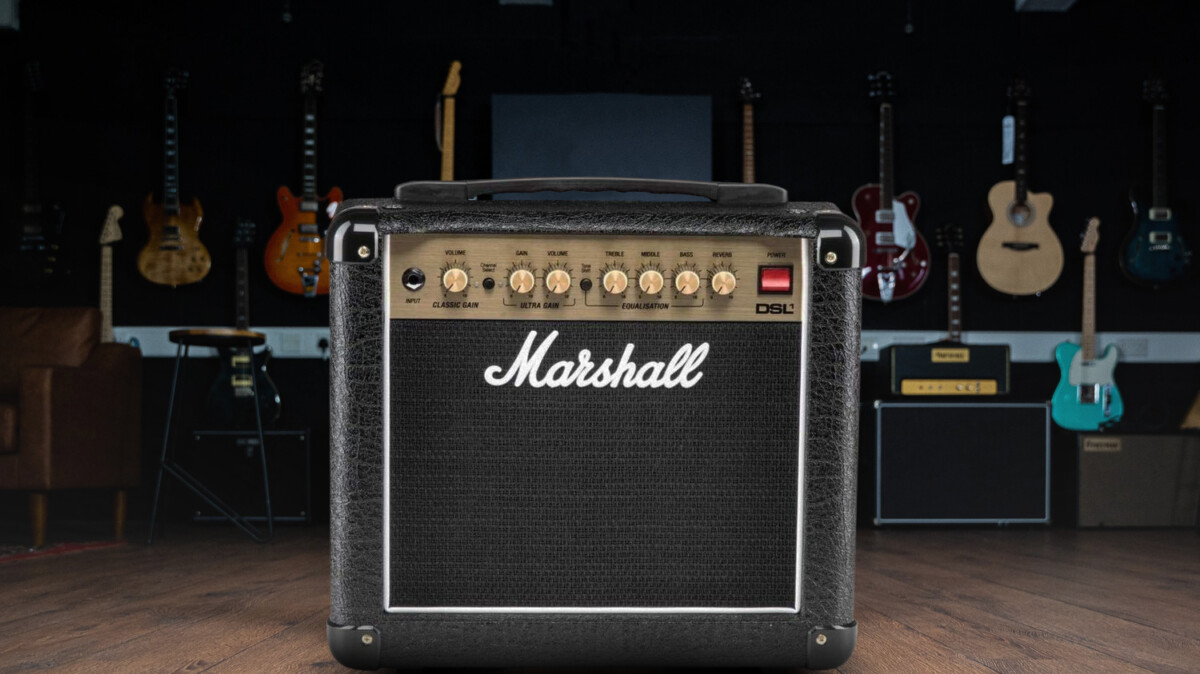 If you are a homebody like I am, but also want to rock n roll, and feel like a performer on stage in front of millions of people, then perhaps the Marshall DCL1CR is for you.

The Marshall DSL1CR is a guitar amplifier used and loved throughout the years by not just music enthusiasts but musical legends as well.

With the wrapped leather around it making it seem like a present given by the music Gods, the gold-colored front panel, and its conveniently small size that will fit absolutely anywhere in your house or studio, it is one of the most retro and stylish-looking amplifiers, but that can be said for many of the amplifiers done by Marshall.

The Marshall DSL1CR is a combo amp which means it has double the goodness and you can get a variety of sounds from it. From clean classics to rocky distorted tones, this little amplifier can truly do it all. And the great thing is, it is available right now for you to buy!

The history of the Marshall brand

The founder of one of the most beloved music instrument sound boosters, Jim Marshall, started his business in 1962, by selling musical instruments in London, England. From then on, he rocked the stage with his fellow band-mates Jimi Hendrix, Ritchie Blackmore, Eric Clapton, and so on.

Marshall Amplification went on to become one of the most popular companies for amplifiers, and it was not until 2016 that the Marshall Records was formed, bringing all the love for music back with them.
Now the brand is distributing its products from the UK, Vietnam, and Hong Kong, as well as, third-party companies around the world.

Features of the Marshall DSL1CR

Some of the features that the Marshall DSL1CR are as follows:

It has a 1-watt power with the option to decrease the power to 0.1 by switching on the Low Power button at the back panel of the amplifier.

It has a combo 1/1×8 tube emulated output to directly use the speaker without a microphone and a 1/1X4 speaker located on the inside of the amp.

The front panel consists of:

There is a three-band EQ: the treble, middle, and bass which are responsible for shaping the tone of the amplifier.

The tone shift also exists on the panel which scoops out the middle frequencies, making the tones have a better metal or rock style.

And lastly, the reverb as always exists on the Marshall amps, which adds echo to the room making it feel like you are playing on stage for real.

The back panel consists of:

A lot of inputs, specifically, a pedal input, audio input, speaker input, microphone output, as well as, a button for Low Power whose job is to lower the wattage from 1 to 0.1.

Is the Marshall DSL1CR amp worth it?

Yes! The whole Marshall amplifier collection is amazing to try, but if I have to pick one, of course, it would be the Marshall DSL1CR. So, I’d say, give it a try and see if you love it as much as me.

Who is the Marshall amp for?

The Marshall DSL1CR amplifier is for anyone who enjoys the comfort and warmth of their home and wants to enjoy some self-made music of their own.

Although the Marshall DSL1CR is not the greatest for gigs since it is only powered by 1 watt, it is absolutely amazing for home jams, plus, you still have a chance to anger your neighbors with this bad boy. And if you do not want that, switching to 0.1 watts will do the job of lowering the sound so only you can experience the rich sounds that come out of your amp.

What I love most about the Marshall DSL1CR are the two channels that I can use to choose what kind of mood I want to be in while I jam out to some sweet music in my room. There are times when I just want to relax and enjoy my day with a cup of coffee and play some smooth blues but there are also days when I just want to rock on hard till the end of the night, so with this amplifier, I get to have that option.

I also love how small and compact the amplifier is. When I first saw it, I instantly fell in love with its size, so I had to try it out. This little guy can be put anywhere in the house and you will not need to worry about space, its size will not take up too much of it.

Thankfully, due to its size, it is also not as expensive as some other amplifiers that are bigger and have more watts.

Things I do not like about the Marshall DSL1CR

It can get a little loud even for a home amplifier, so I did have to pay close attention to the sound so as to not wake up my neighbors and family members.

The Marshall amps have always been a one-of-a-kind device that strikes so many people with their clean and amazing sound boost, and the DSL2CR is no different. With so many things to offer, it is bound to continue being favored by many musicians globally. And with the tone and channel variety, its compact form, and the great sounds that it is able to produce, it is no wonder it is picked as one of the greatest guitar amplifiers out there. 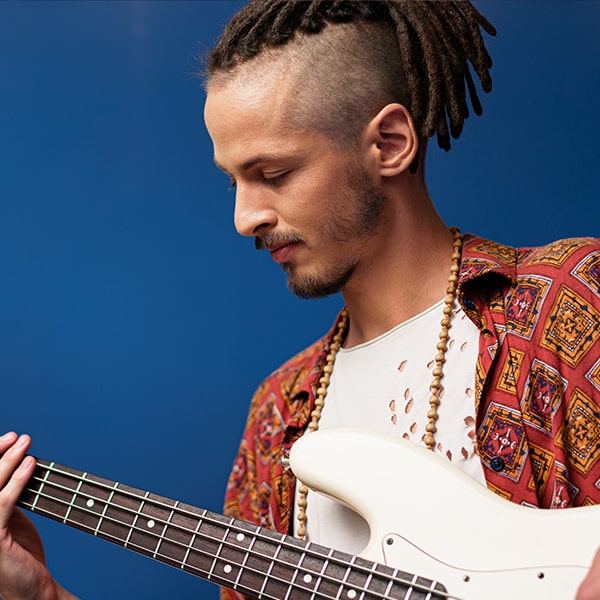