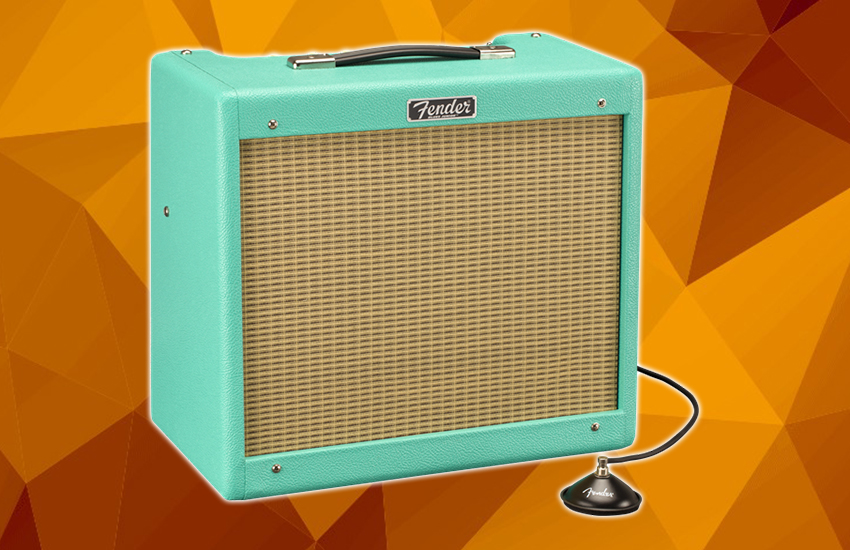 When looking at gig-worthy amplifiers things start to get a little difficult to choose, there are just a lot of choices out there that come in different powers and features. On top of all that most of these amplifiers are pretty expensive to buy upfront, so guitarists look to get the most for their money. While there are a lot of options out there, one of the most notable has always been the Fender Blues Junior IV, an amp that has risen to prominence in the middle of the 90s and its fourth iteration seems to be one of the best in the market. 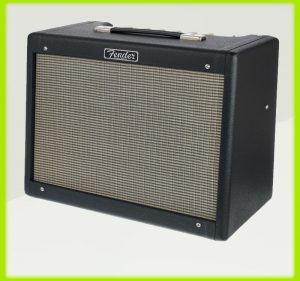 Fender has released some legendary electric guitars, and to accompany them they delivered some excellent amplifiers, such as the tweed and blackface amps in the 50s and 60s. They delivered some great classic tones which are relevant even today, however, in 1993 Fender released the Blues series, and the Bluest Junior IV seems to be one of the most trustworthy gig amps out there. I have had some experience with Fender Blues amps, and I wanted to see whether the Blues Junior IV can really be enough for a gig. Let’s take a deeper look.

With the release of the Blues Junior IV, Fender released two more amps, the Hot Rod IV, and the Pro JR IV LTD. The Fender Blues Junior IV comes as the most simplistic in the series and it has always been about that. It has preached to be a simple package that is reliable and will get the job done a gig in and gig out. The feature set is pretty exemplary though, as we will see in a moment.

The main premise of the Fender Blues Junior IV is that it is an all-tube combo amplifier. As we all know tube amplifiers are not really a jack of all trades tools, however, this one promises to be such a device. The reviews have stated that this amplifier can deliver perfect cleans and amazing drives, all thanks to the EL84 power section. The EL84 power section has proved itself as one of the most versatile ones out there and it has fit into any rig without any problem. What impressed me the most is that it is powerful enough to handle dozens of pedals without a hassle.

Like I said the Fender Blues Junior IV is a pretty simple package that gets the job done. You will see that this amp has just 15-watts of power in total and it has just one 12-inch Celestion A-type speaker. This might look like its not enough for gigging, but the tube nature of this amp is more than enough for live performances and it can be combined with multiple speakers seamlessly. The aforementioned Celestion A-type speaker in my experience has delivered some perfect tones that are driven and clean with high headroom.

It has three 12AX7 preamp tubes. The preamp is specifically modified to provide a rich sound which you wouldn’t expect from a compact amplifier like this one, but then again further testing will prove or disprove this. It also has a reverb spring that is common in this series but nice to have nevertheless. In the controls department, you will not see a lot but, it is just enough to modify the tone properly. The controls include the volume, treble, bass, mid, master, and reverb knobs, without forgetting the on/off switch.

Like I said I have had some experience with the Fender’s Blues series, and the Fender Blues Junior IV doesn’t look much different than its predecessors. It is a pretty compact gig definitely, at least for gigging standards, measuring about 16x18x9.18-inches in total and a weight of just 31.5 pounds. This means that you can take this beast on the road without thinking much about transport. With the package, you will find a 1-button footswitch that will make your job easier.

On the top, this amp has a handle like most Fender amps of this size. The design though is what impresses me the most, despite being one that was used a lot by now. It takes inspiration from the tweed amps that I mentioned in the beginning, with its black vinyl that looks pretty retro and the silver sparkle grille cloth that is yellowed out to look like the blackface combo amps of the 60s. The amps are pretty durable overall, rocking great build quality, but then again nothing less is expected from Fender. It will definitely last for a long time.

When I received the Fender Blues Junior IV I expected to get the same performance as its predecessor with some tiny tweaks. However, this one proved to be different, it is a brand new amplifier and a mighty one at that. The preamp modifications that I mentioned earlier definitely paid off here. For example, the past models sounded a little harsh, but this one sounds bold and mighty, with plenty of character at that. I noticed that there is a lot of headroom here which is nice to have. This is a perfectly balanced amp as the mids soar properly, the lows don’t blend and bleed and the highs are bright enough to be tasteful. The tonal nature is perfect overall allowing you to express yourself properly, and with the right pedals, you will have plenty of fun with this one. 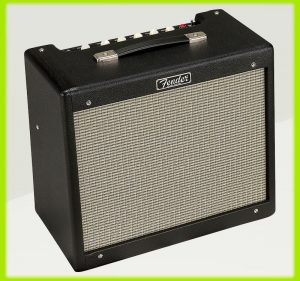 I have always relied on bigger larger tube amps or modeling amps for gigging, however, the Fender Blues Junior IV proved that it is more than enough. If you learn to appreciate its simplicity it will work wonders for you regardless of your style or guitar. I found out that it gives an extra twang to single-coils and flatters humbuckers in a different way. For the price that it comes at I really can’t find any flaws to this iteration of Blues Junior. Take its tiny dimensions, lightweight body, new speaker, and modified preamp, and you got yourself a winner.