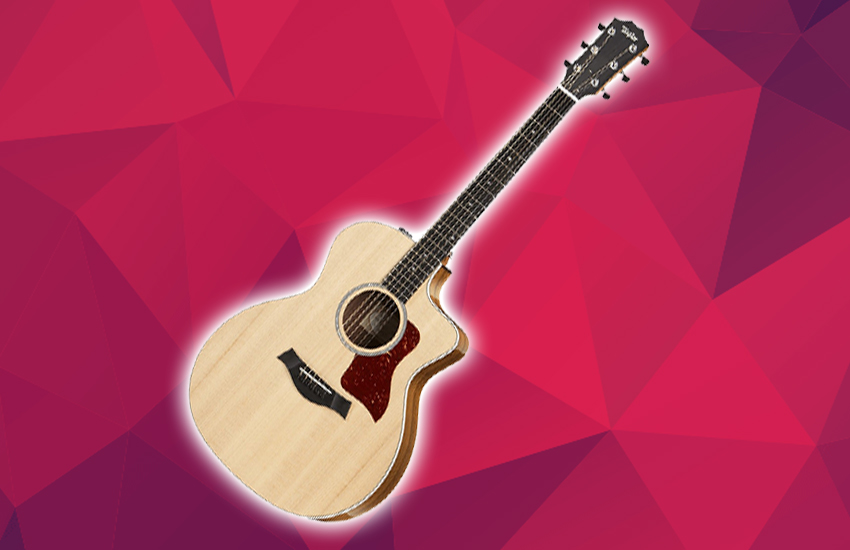 The Taylor 214 CE guitar is what it is, and it doesn’t claim to be anything more. 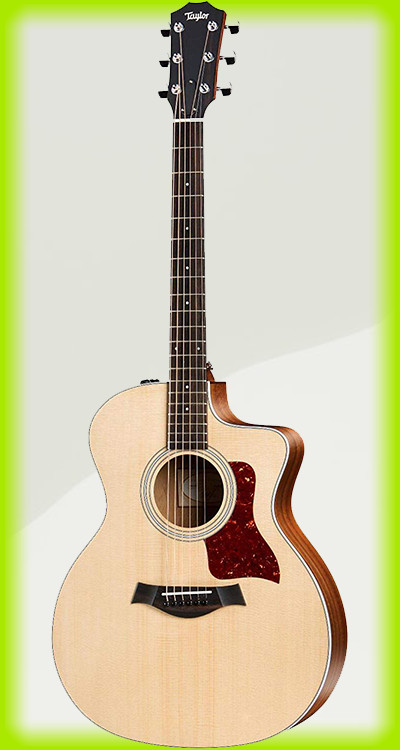 It stands confidently atop Taylor’s lower end series of affordable guitars, and it deserves its position there.

In other words, it’s at the top of the bottom, but it’s almost too good for such a lowly position. Almost.

The Taylor 214ce comes in the Grand Auditorium body style and is a nice looking — although simple — guitar that stands alongside other 200 series models as mid-priced choices in a market flooded with lower priced and much lower quality guitars.

With solid Sitka spruce top finished in satin and elegant Indian rosewood laminate for the back and sides, 200 series guitars looks better than many models offered by other companies at a similar price.

The 214CE is definitely not cheap, and it’s not for beginners. If you look online, maybe you can snatch it for a good price, but usually, it costs more compared to some of the lower-end Taylor guitars.

The sound gets good marks from reviewers, too.

Taylor may not offer the lowest-priced guitars, but they deliver value on these 200 series models.

Plug-and-play electronics make this instrument ready to take from bedroom to rehearsal room to stage.

The Taylor 214ce has a rosewood fretboard and bridge to give it some class in both looks and sound.

Reviewers tout the unexpectedly rich, full bass sound this model offers, giving up just enough treble sound to brighten the sound without going tinny as so many lower-priced models do. 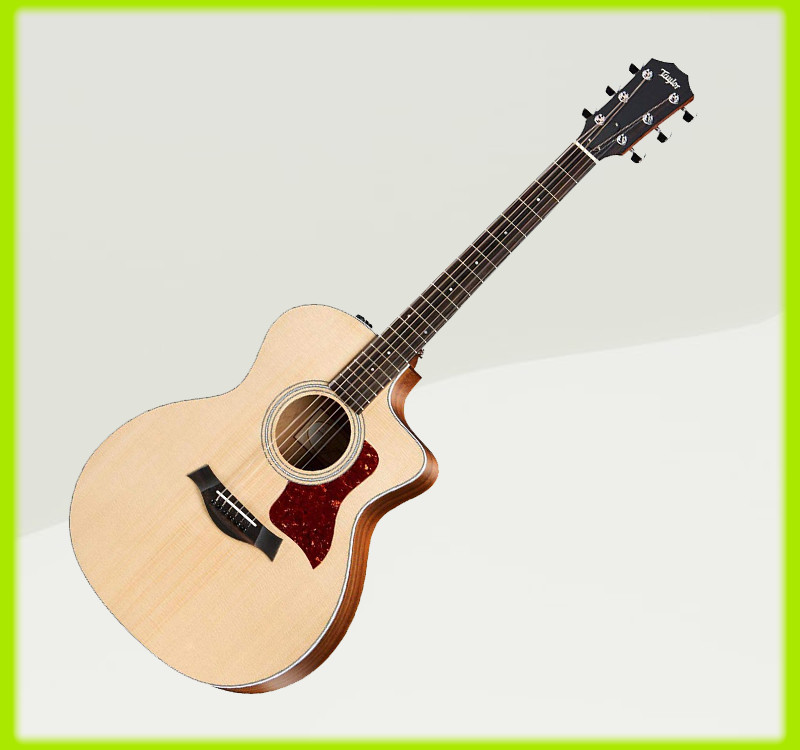 Blues players like it, and so do those that lean toward folk music and softer rock sounds.

Taylor has been making better-than-expected guitars since 1974, and this simple, mid-price model doesn’t do any disservice to the company.

It’s not the best guitar they make — and they don’t try to say that it is.

It’s a versatile guitar that easily stands at the top of their Mexican-made lower-priced 100 and 200 series instruments.

The company’s Mexican plant is only 40 miles from their highly-regarded plant in California.

More than any other model made there, the Taylor 214 CE seems like it’s only a stone’s thrown away from greatness. That’s why I recommend this guitar to people that want a guitar from a reputable brand. It’s a great mix of value and quality.

If you’re a beginner and you desperately want a Taylor guitar, i suggest you take a look at our list of the best Taylor guitars. There, you will find cheaper Taylors that are easier to play. 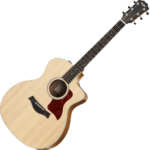