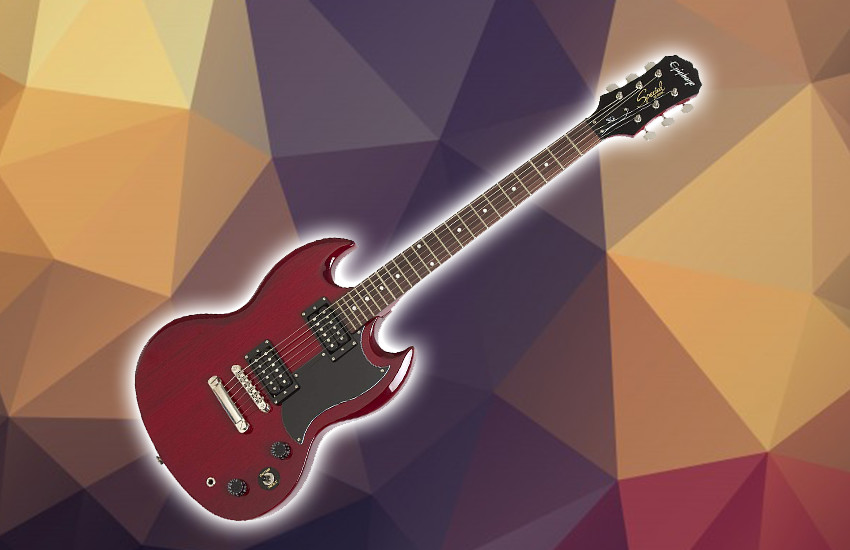 As far as guitars go, the Gibson SG series is a royalty and recognizable by every music enthusiast all over the world. It was first introduced in 1961 as an update for the Les Paul, but since then it caught fire and it is one of the best gig guitars in existence. 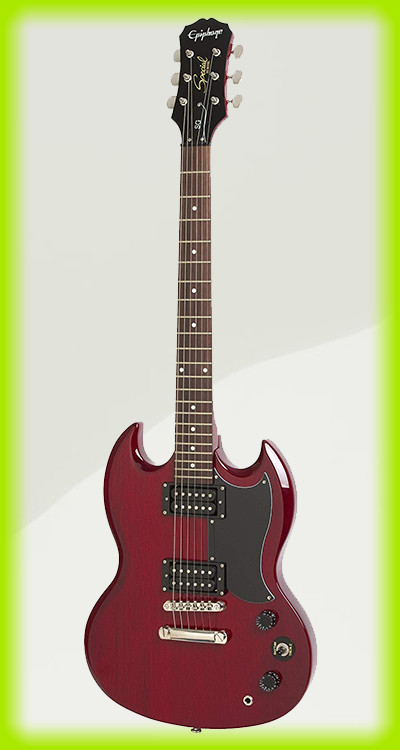 Not everybody can afford this legendary guitar, and for beginners, I wouldn’t suggest such an expensive guitar. But if you want its looks and want to achieve that sound, the Gibson subsidiary Epiphone, has produced a special SG with the same design and similar hardware, with a very affordable price.

For beginners, you really can’t go wrong with the Epiphone SG-Special, let’s take a look at this special guitar.

Despite having a very low price compared to the original Gibson SG, the Epiphone SG-Special rocks the same feel and look, with the same trademark asymmetrical body shape. This guitar is built with poplar to keep the costs low but has a mahogany top to complete the package. It is available in various color schemes such as Pelham Blue, Cherry Red, and Ebony, and I am a big fan of the Ebony because it looks very sharp and very attractive. Like a true SG, the Epiphone SG-Special is very light and has a comfortable build that is very playable and extremely smooth.

The neck is bolt-on, and it is built from okoume, with the 60s SlimTaper D shaped profile that is traditional to this model and is very playable most importantly. On top of that, it has a rosewood fretboard with 22 frets with small dot inlays. To complete the authentic SG look it has the black pickguard on the body and the clipped-ear headstock shape, and that is pretty much it, really looks like the real deal.

When it comes to hardware and electronics, this guitar is packed with the very basic set of Epiphone open-coil ceramic humbuckers, because it is an entry-level model. It has a 650R at the neck, and a 700T at the bridge, but they are still pretty good pickups for a beginner guitarist.

The controls of the Epiphone SG-Special consist of a master volume knob, a master tone knob, and a three-way pickup selector, and I found that they work very well and are pretty stable throughout because I like to fiddle with those things.

The company has equipped this guitar with a fixed LockTone tune-o-matic bridge, and on the other end it has a set of die-cast tuning machines, they are pretty basic in the Epiphone lineup but are pretty good, reliable, and will keep your guitar in tune.

I found the sound of this guitar is extremely versatile, capable of playing various 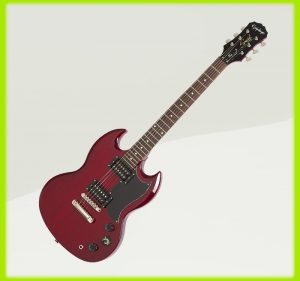 genres and styles. However, it excels in hard rock tones, with heavy distortion and plenty of overdrive, coupled with a good amp the Epiphone SG-Special is very gig-worthy.

Of course, as you progress as a guitarist you will notice that the pickups can’t get a flawless tone but you can upgrade them if you wish. 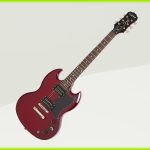